CCG is a team of coaches dedicated to helping people tackle their communication challenges and speak in a clear, concise and compelling manner.

For more than a decade, we have worked with some of the world’s most successful organizations that have trusted us – over and over again – to help their leaders communicate with confidence.

Mary Civiello is the founder and president of Civiello Communications Group (CCG), a leading executive communication coaching consultancy. A former NBC New York reporter and anchor, Mary has earned accolades on both sides of the microphone. As a media and presentation coach, she was dubbed the corporate executive’s “Communications Guru” by the New York Times. Mary is the author of Communication Counts: Business Presentations for Busy People (June 2008; Wiley), and an eLearning platform by the same name. Mary regularly contributes to FORTUNE, CNBC and the BBC on the topic of executive communication.

In her two decades as a TV journalist, reporting and anchoring the news for NBC New York, Mary won six Emmys as well as the Society of Professional Journalists “Deadline Club” award for investigative reporting. She co-anchored TODAY IN NEW YORK and then anchored the news for CNBC and MSNBC. Mary is a frequent speaker for business, charitable and academic groups. She has led communication seminars for Columbia, Harvard Business Review and NYU. Raised in Kansas City, Mary received her BS and MS degrees in Journalism and Human Environmental Science from the University of Missouri – Columbia

Dan Broden excels at working with the most challenging subjects and spokespeople. The former head of the Communications Training Network at Ketchum PR, Dan’s career as a coach follows an eight-year career in TV including work as a Court TV news anchor, commentator, and producer. Dan lectures on communications topics, most recently at Columbia, and Rutgers University. He earned his B.A. from Brown University and his law degree from The George Washington University Law School.

Veteran NBC news anchor Jane Hanson is a global media and presentation coach who excels at improving not only what clients say but how they say it. Her expertise is polishing delivery style—in particular getting you video ready, whether you are invited on TODAY, Bloomberg TV, creating content for your web site or You Tube, doing interviews on stage or speaking to an auditorium full of people—all situations that can live on for posterity thru today’s digital media. Jane will help you feel confident and in control. Her TV journalism career spans 30 years, nine Emmys, and numerous other accolades.

Manny Ramos can solve your communication worries; whether it’s the brilliant executive with presentation limitations or the one who makes you nervous when he talks to a reporter. A six time Emmy Winner with more than 30 years of broadcast and public speaking experience, Manny has successfully coached executives from some of the nation’s leading corporations. His clients include leaders in the profit and not for profit sectors. He even trains other media and presentation coaches. 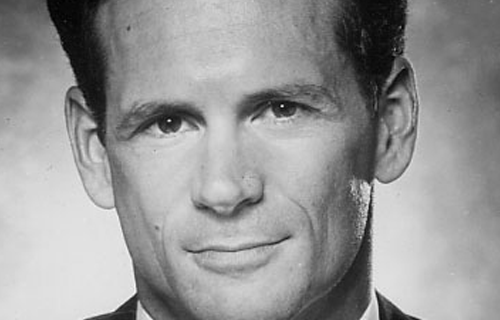 Alexander Kippen is a veteran communications coach who makes sure that clients polish skills and enjoy the process. Armed with a broad journalism background, he was a producer for political talk-show host John McLaughlin and covered the U.S. Congress, and the White House for Canadian television and Fox News. He has contributed reports to CNN and National Geographic, and has written for The Washington Monthly. Alexander was a foreign policy and economics graduate of George Washington and Johns Hopkins Universities.